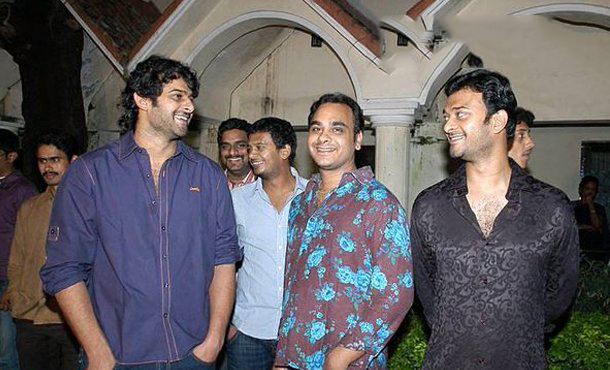 Prabodh, brother of  Young Rebel Star Prabhas, was sentenced to one year imprisonment in a cheque bounce case. According to reports, Rajendranagar magistrate court gave its verdict in a case where UVSS Prabodh issued a cheque for Rs 43 lakh to a businessman towards a payment, but it bounced due to lack of funds in his account.
The court sentenced Prabodh to one year imprisonment and ordered him to pay 80 lakhs within two months from the date of the judgement. Prabodh has two months time to clear the fine to evade imprisonment and further complications. Well, we need to wait and see if Prabhas will come to the rescue of his brother.
Meanwhile, Prabhas is currently shooting for Rajamouli’s Baahubali 2 in the specially erected set in Ramoji Film City. An action episode is being canned on Prabhas with a group of artists. The film is scheduled to hit the screens on April 14th, 2017.
2016-03-16
Telugu BOX Office
Previous: TV anchor commits suicide
Next: Date locked for SIIMA awards