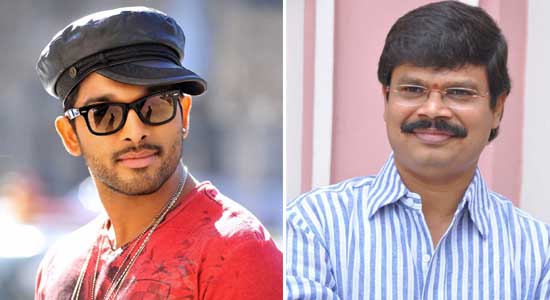 It is already a known fact that Stylish Star Allu Arjun and Boyapati Srinu have teamed up for an action entertainer. The shooting is currently underway and is nearing its completion.
The unit is currently filming for a powerful interval block on the outskirts of Hyderabad. A special set has been erected to shot heavy duty action episode scenes which will also feature the film’s major cast Rakul Preet Singh, Catherine Tresa, Srikanth and 1,000 junior artistes. It is also heard that pre-interval block will feature high voltage action scenes composed by ace stunt choreographers Ram-Lakshman.
Produced by Allu Arvind, the music will be scored by Thaman for the film. The film will be release in the first week of April as an early sum
2015-12-04
Telugu BOX Office
Previous: Review: Shankarabharanam – Decent thriller
Next: Successful pair to team up yet again