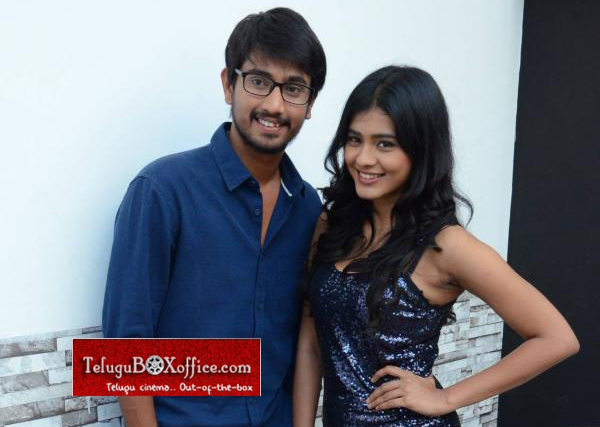 Young actor Raj Tarun has been quite careful however he has been wrapping up films on a fast pace. His recent outing Kittu Unnadu Jagratha released last month and ended up as a decent grosser all over.

Vamsi Krishna directed the movie and Anil Sunkara produced the film. The actor wrapped up the shoot of his next movie which has been titled Andhagadu. Talented writer Veligonda Srinivas is making his directorial debut with the film and Hebah Patel is back teaming up with Raj Tarun after Kumari 21F.

As per the latest update, Andhagadu is all set for release on May 26th during summer this year. Veteran actor Rajendra Prasad will be seen in a crucial role in the film and Sekhar Chandra is composing the music. Anil Sunkara’s AK Entertainments produced the film and Raj Tarun will be seen as a visually challenged man in the movie. Andhagadu is said to be a hilarious laugh riot.

Right now, few stones are being thrown in the direction of the music maverick M M Keeravani for his statements and tweets but then he has also shown something very innovative which is receiving a lot of commendation and applause.

Well, Keeravani has shown that Audio Visuals can be done like this also during the pre release event of the magnum opus Baahubali-The Conclusion. Normally, most of the AVs we have seen so far contain prose but creating this with lyrics and a song oriented flavor is something unique.

This has not been found before and it is certainly an interesting thing. As such, Baahubali required such humongous efforts from each and every member of the team so this AV was justified but let us see how many more follow this tradition because it is the best way to show how a team toils behind the screen.