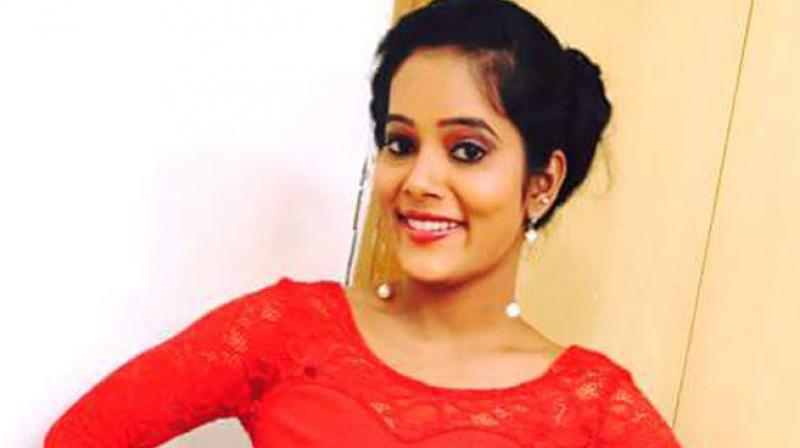 An young anchor, who is working in a popular music channel, committed suicide in the wee hours of today. Going into details, anchor Nirosha was found dead on her hostel room in secunderabad. According to the police, Nirosha, who anchors shows on a popular Hyderabad-based music channel, staying in a working women’s hostel in Secunderabad.
On Tuesday night, she had a huge argument with her fiance, with whom she got engaged few days ago. She spoke to him over video call and after a heated argument, she suddenly snapped the conversation saying she was committing suicide. Her body was found dead in her hostel room in the morning.
The police began investigating into the causes that led her to commit suicide after video call with her fiance. However, it is learnt that Nirosha’s wedding is expected to take place next month.
2016-03-16
Telugu BOX Office
Previous: It’s warp up for Stylish Star Sarrainodu
Next: Prabhas’ brother arretsed