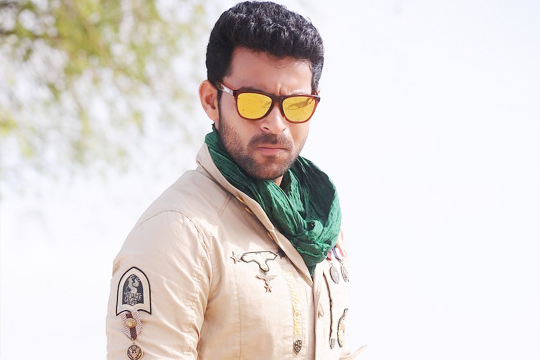 Talented filmmaker Srinu Vaitla owes a massive hit to Tollywood and he pinned massive hopes on his upcoming release Mister. It features Varuntej in the lead role and the actor too desperately has been waiting to score a massive blockbuster in his career. Mister is touted to be a romantic entertainer and Lavanya Tripathi, Hebah Patel essayed the female leads in the movie.

A massive pre-release event has been planned on April 7th which will witness Mega family gracing the event to promote Mister. Mickey J Mayor composed the music and Mister will be the last Telugu film releasing before Baahubali: The Conclusion hits the screens. Produced by Nallamalapu Bujji and Tagore Madhu, Mister has been made on a massive budget of Rs 25 crores.

2017-04-06
Telugu BOX Office
Previous: Guru sequel on cards?
Next: All speculations cleared about Mahesh’s next