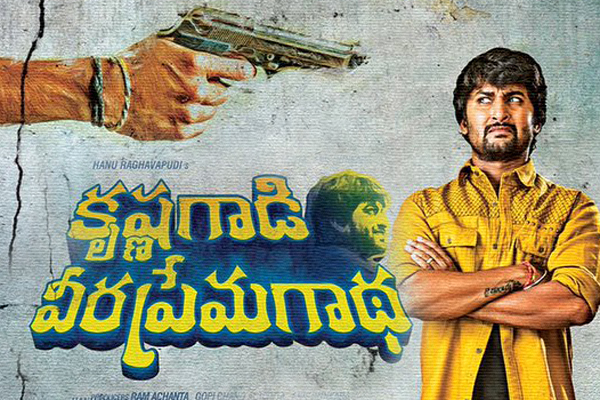 Nani’s latest starrer Krishna Gadi Veera Prema Gaadha, which was released yesterday, is garnering positive response from the audience. The movie has begun with making good business at the box office and is expected to garner decent collections.
Released in 440 screens in Andhra Pradesh and Telangana, Krishna Gadi Veera Prema Gaadha had 75 screens in Karnataka and other parts of India along with 135 screens in Overseas markets taking it to a total of 650 to 700 cinema halls across the globe.
While the movie has registered an average of 50 percent booking for its opening day, the domestic collections of Krishna Gadi Veera Prema Gaadha are reportedly predicted as Rs 6 crores and the overseas collections are estimated to be Rs 3 crore.
Starring Nani and Mehreen in the lead roles, the film is directed by Hanu Raghavapudi of Andala Rakshasi fame. Presented by 14 Reels Entertainments, the film also stars Murali Sharma and Sampath Raj in pivotal roles.
2016-02-16
Telugu BOX Office
Previous: Malayalam actor roped in for NTR-Koaratala’s project
Next: Box office report of Garam