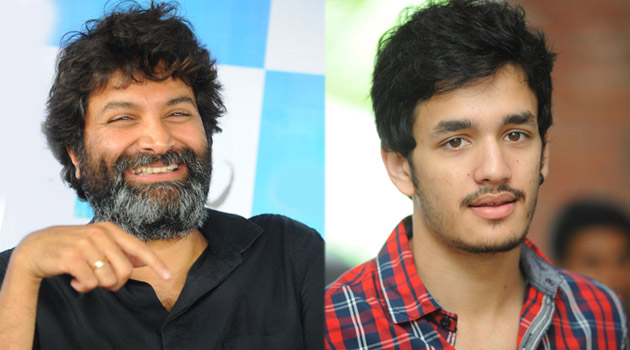 Akkineni Nagarjuna is going great guns with versatile films and back to back hits both on the silver screen and small screen. However, his only concern now seems to be his younger son Akhil Akkineni. With the response Akhil got for Manam, success was indeed taken for granted. But guess the 22yr old actor needs to shed more sweat and blood for his debut hit!

And it has been over 10 months his debut film Akhil released his second film hasn’t been confirmed yet. That is why Nag is apparently jumped into action. As per an ongoing speculation, Nagarjuna apparently asked writer-director Trivikram to develop his super hit ‘Manmadhudu’ character and story line into a full-fledged script for Akhil.

Well ‘Manmadhudu’ is a memorable character and film in Nag’s career and it is in fact a title that he earned over the years. So industry onlookers wonder how far this idea works for Akhil especially at this point of his career. Moreover, even Trivikram seems to be busy with projects with Pawan Kalyan and Mahesh. Anyways everything is in the air now and anything can happen in this showbiz world. Time will decide more about this interesting project!

2016-08-22
Telugu BOX Office
Previous: ​Ace producer class to Nithya Menen?
Next: Ram Charan clears all the air about his cameo in #Chiru150