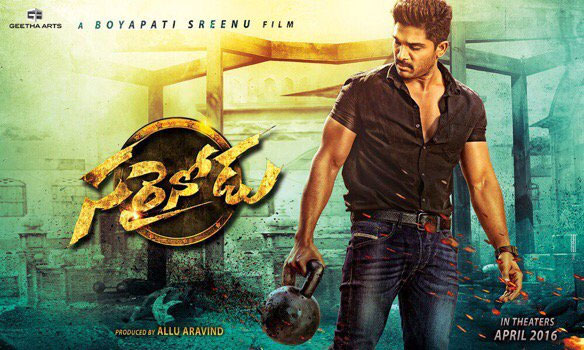 Not to disappoint the fans, the makers of Allu Arjun’s Sarrainodu decided to host a grand pre release function in Visakhapatnam on April 10th. This announcement came close on heels after they confirmed that the audio songs will be released directly into the market without any hungama.
It is learnt that lavish arrangements are being made to make this event a grand success. A close source to the production house revealed that they are spending a fortune on this event which is likely to be graced by thousands of fans from both the Telugu states. More than one crore is being spent on this pre release function which will take place in RK Beach. The core members of the team will attend the event.
In the meantime, the audio songs which were released yesterday have been getting a thumping response from the music lovers. SS Thaman scored the soundtrack for the film. The Boyapati Srinu directional has Rakul Preet Singh and Catherine Tresa as the female leads. The film is slated to hit the screens on April 22nd.
2016-04-06
Telugu BOX Office
Previous: Audio Songs: Sarrainodu
Next: New Production house creating waves