​Huge difference between actress and her mom on the sets 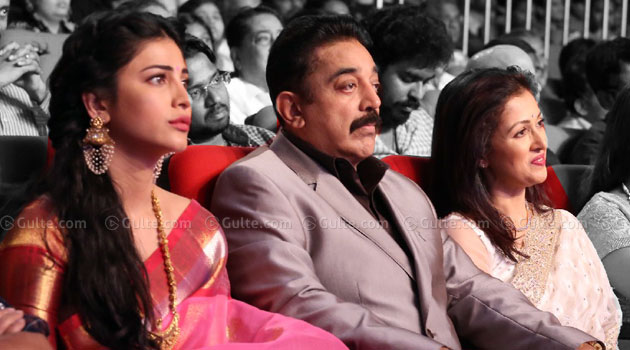 Creative differences between any two individuals in any creative job are quite common but when those differences sprout up between family members working for the same film, it will make it to the headlines without fail.

Well, this is between ace heroine Sruthi Haasan & yesteryear heroine Gautami for Kamal Haasan’s upcoming film Sabash Naidu. While Shruti is sharing screen space with her dad Kamal in the film, Kamal’s current live-in partner Gautami is working as chief costume designer for this trilingual flick.

If the inside reports are to be beileved, creative differences cropped up between the two. Shruti apparently did not find the costumes designed by Gautami good on her which at times led to heated arguments between them even on the sets! Well Kamal and others haven’t peeped into the matter.

Hope Shruti & Gautami find a way out with their differences and make things easy!